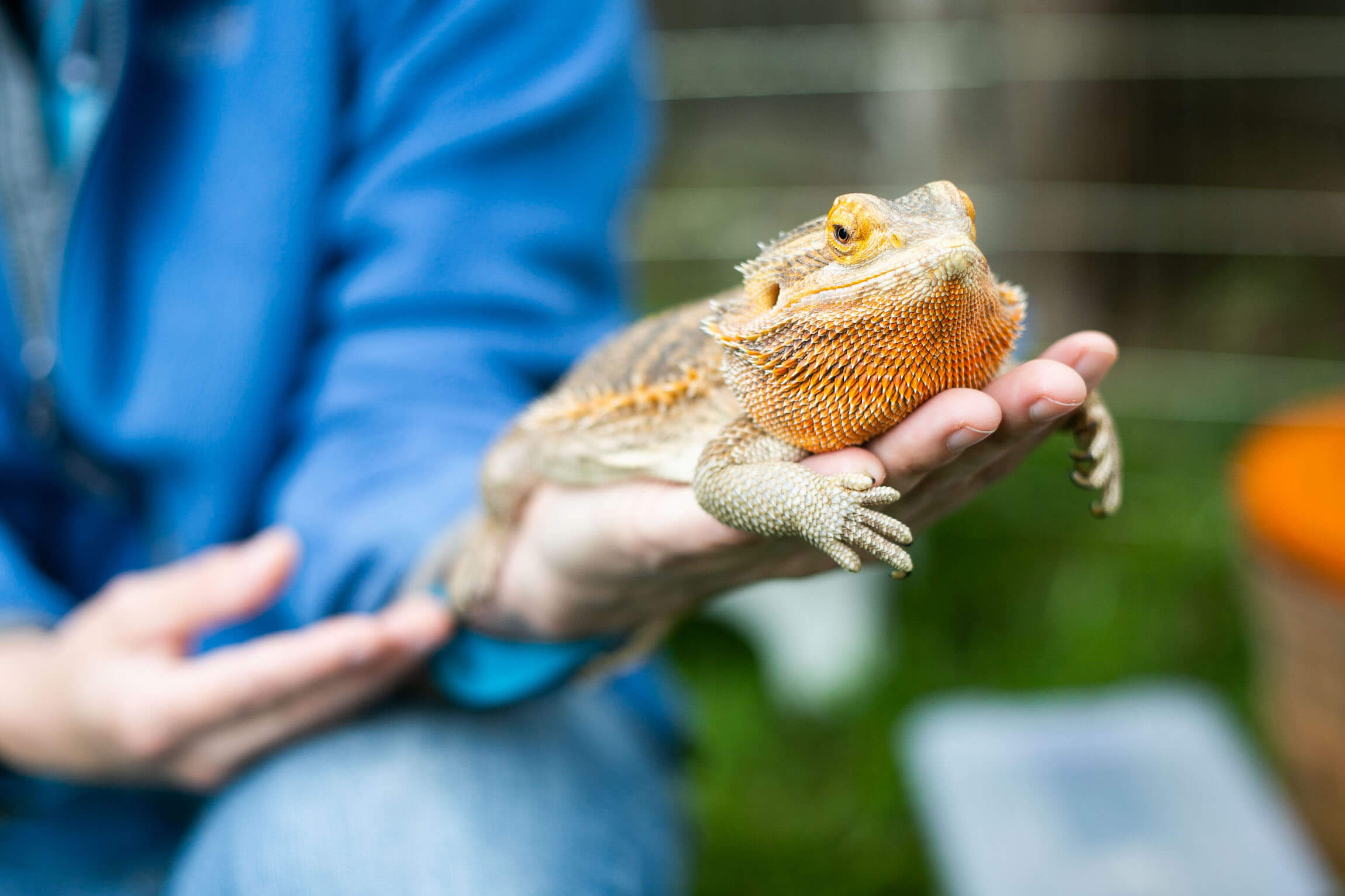 Bearded dragons, like their dragon namesakes, have an armor of protective scales and spikes along their sides and beards. Bearded dragons use their beard as a defense mechanism. When they are scared they open their mouths wide and puff out their beard which instantly turns jet black. This shocking sight gives predators a second thought about messing with this otherwise docile reptile. 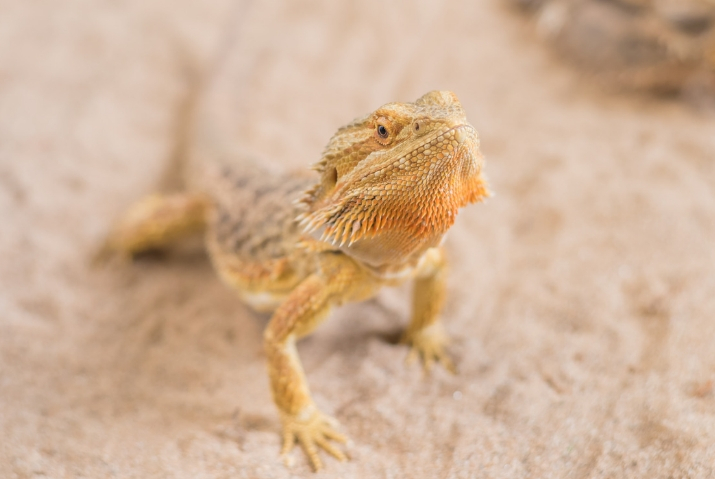 Yes, you read that right, bearded Dragons have three eyes! Their two primary eyes see images, just like our eyes. And their parietal eye, located on the top of their head, doesn’t see images but  is an optical lobe on the top of their head that can sense shadows and changes in light. In the wild, their main predator is a hawk. When a hawk swoops down to grab the Beardie, this animal can sense the change in light from the hawk’s shadow and run away.

The silliest thing about bearded dragons is that they don’t run on their four legs but will run on their two hind legs just like people. This doesn't help them run faster, but instead helps them run further by allowing the air to cool their body as they run. 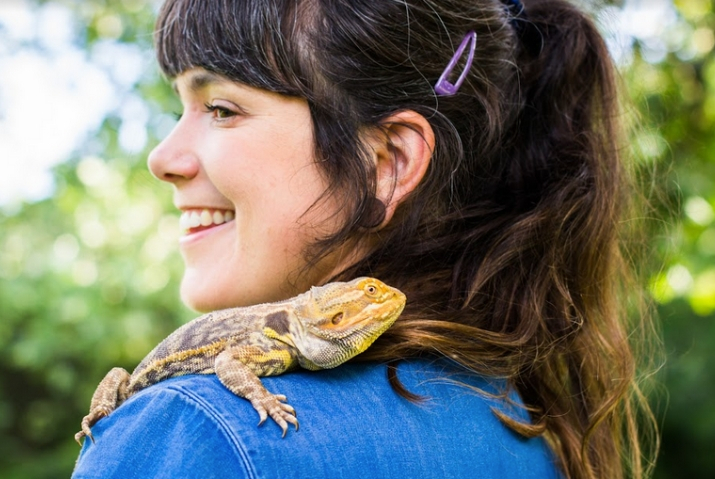 They love to ride on our shoulders

In the wild, Bearded Dragons are semi-arboreal and spend their days hanging out in bushes or trees. They like to be up high to search for bugs and see what’s going on around them. They also love being on warm surfaces. This makes their warm human friends a perfect vehicle to ride around on. Bearded dragons literally enjoy “hanging out” with us. Many owners will carry around their beardies on their shoulders while doing chores, watching TV and taking walks.

Games, puzzles, word searches, mazes, coloring books, stickers, riddles, and more. We have you covered! Check out all of our activities. 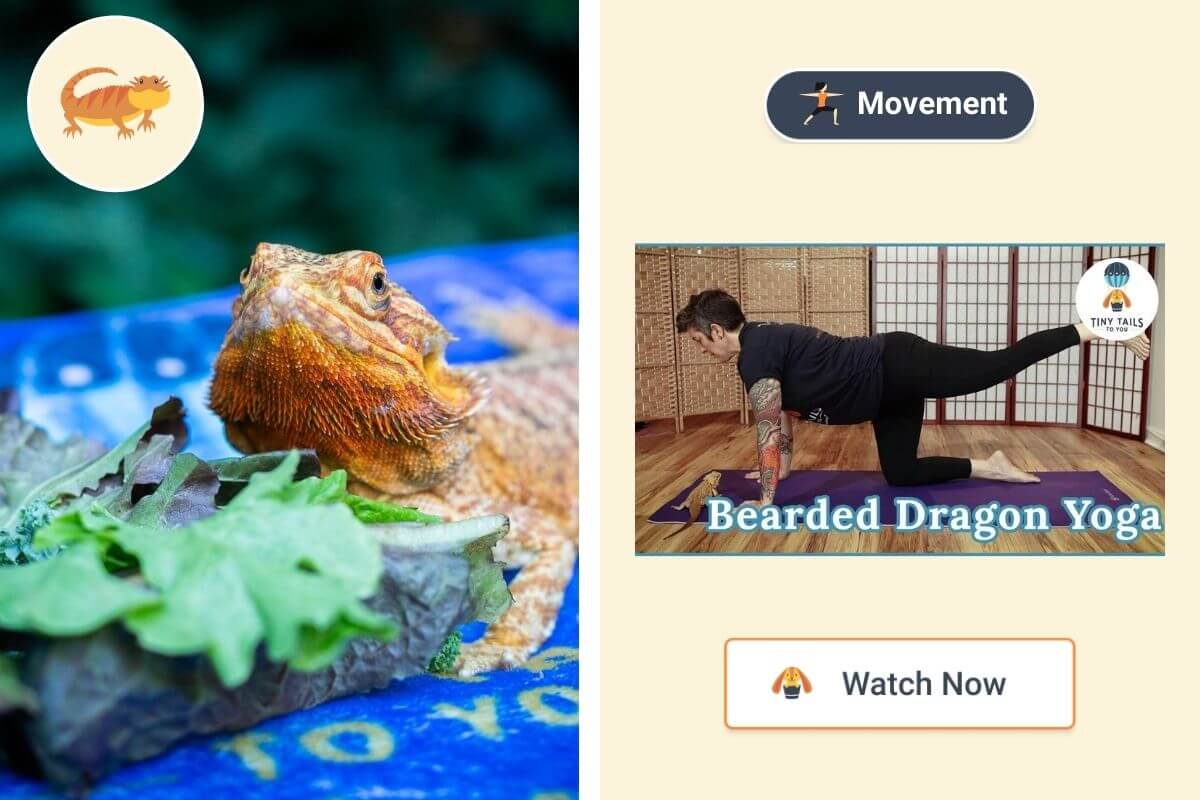 Pam and Lefty are ready to show you some lizard yoga poses, in this family-friendly session!
Explore 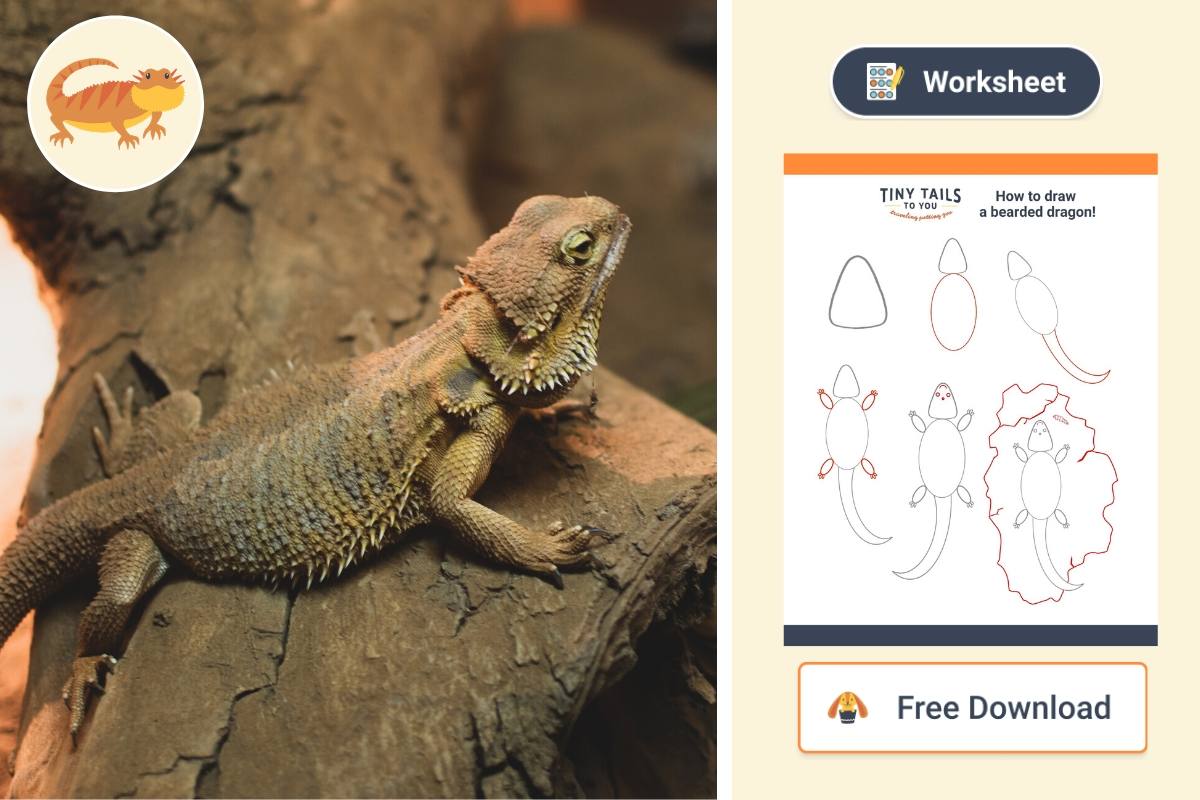 Do you love lizards? Then you are going to love drawing a bearded dragon! Follow this step-by-step guide to learn how.
Explore 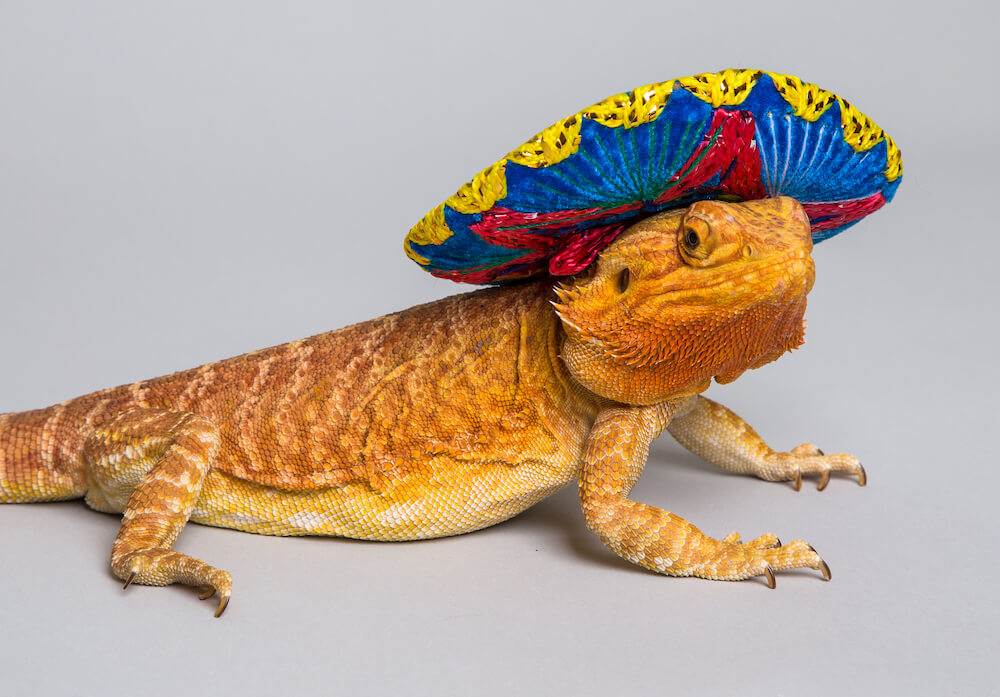 Howdy, Compadre. A little reminder that some sand between your toes keeps away the woes and relaxin’ the sunshine with a cool state of mind is the way to be. Just let them worries float away with the wave.
View Profile

Our animals are a zany and fun bunch of guys and gals. Get to know some of our wild hedgehogs, playful bunnies, ridiculous miniature chickens, and goofy guinea pigs!
Learn More 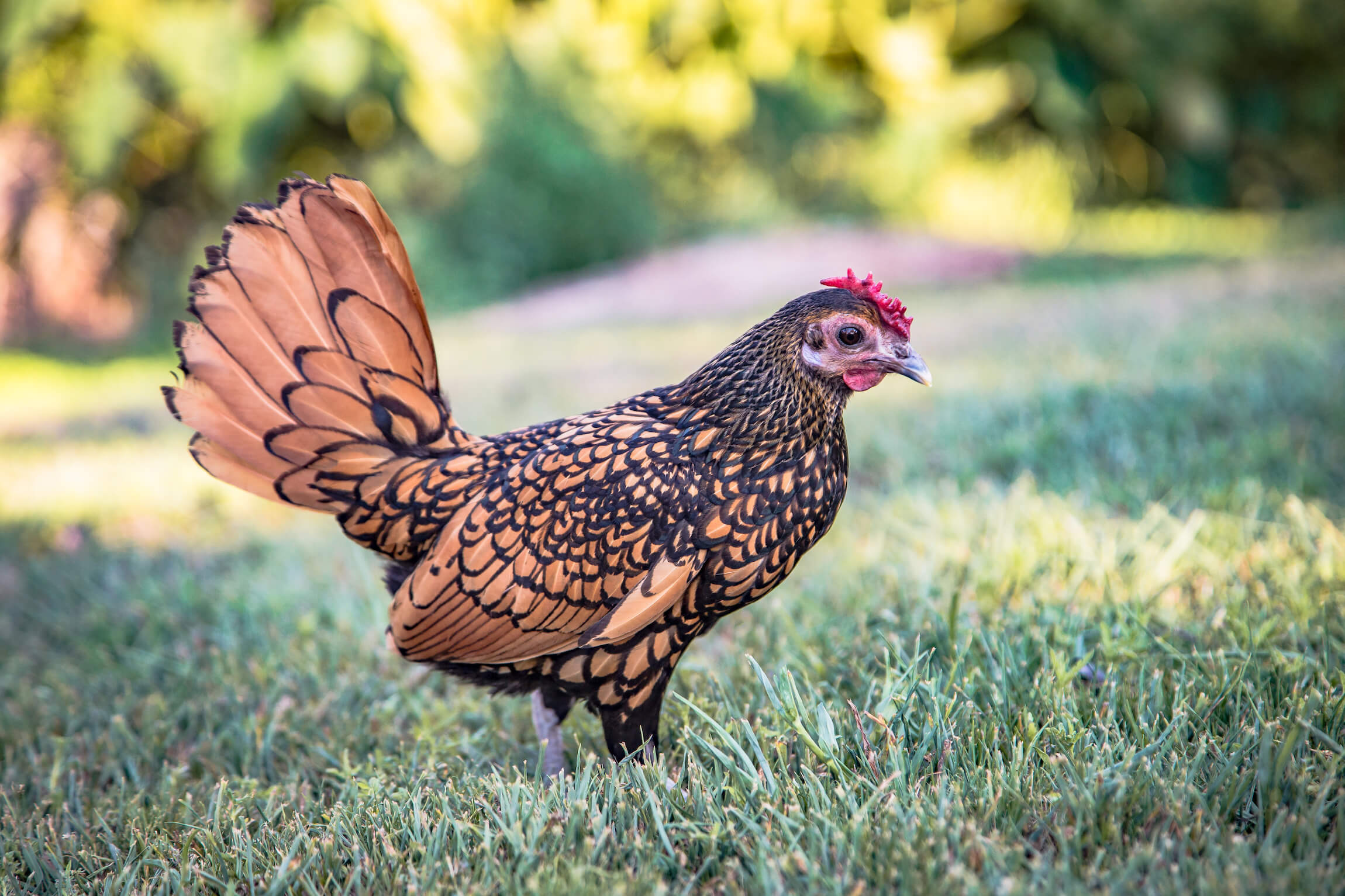 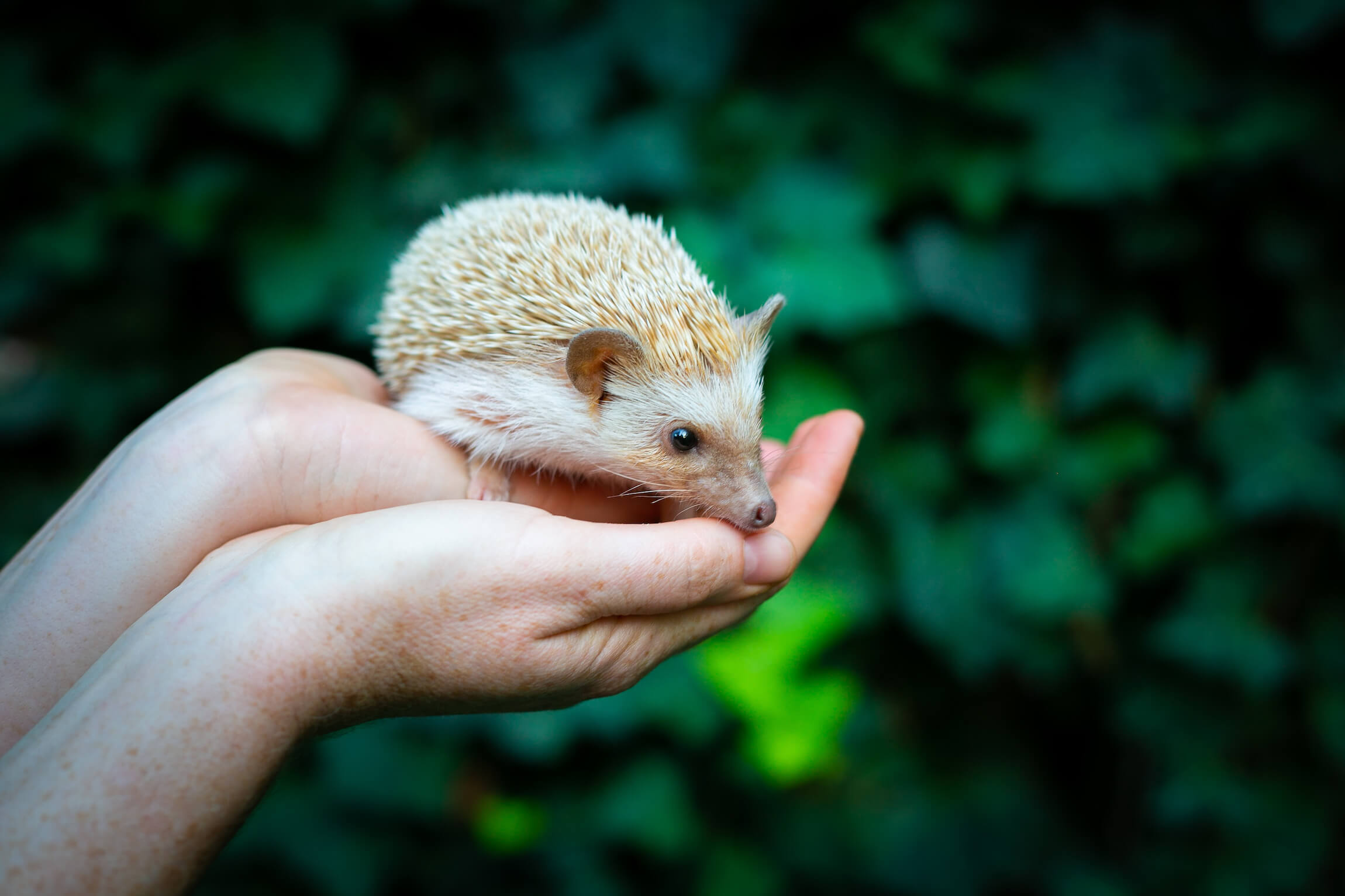 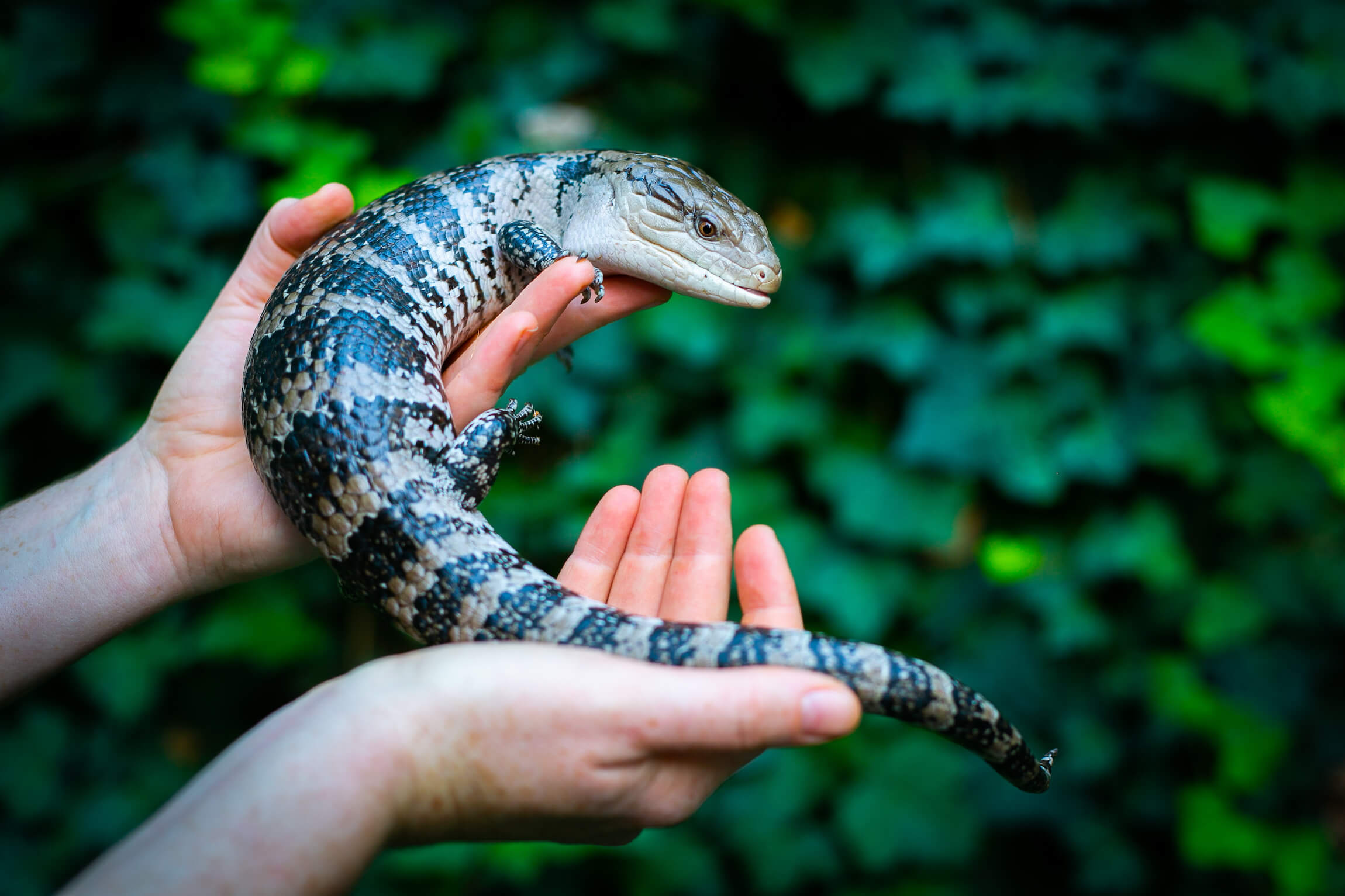 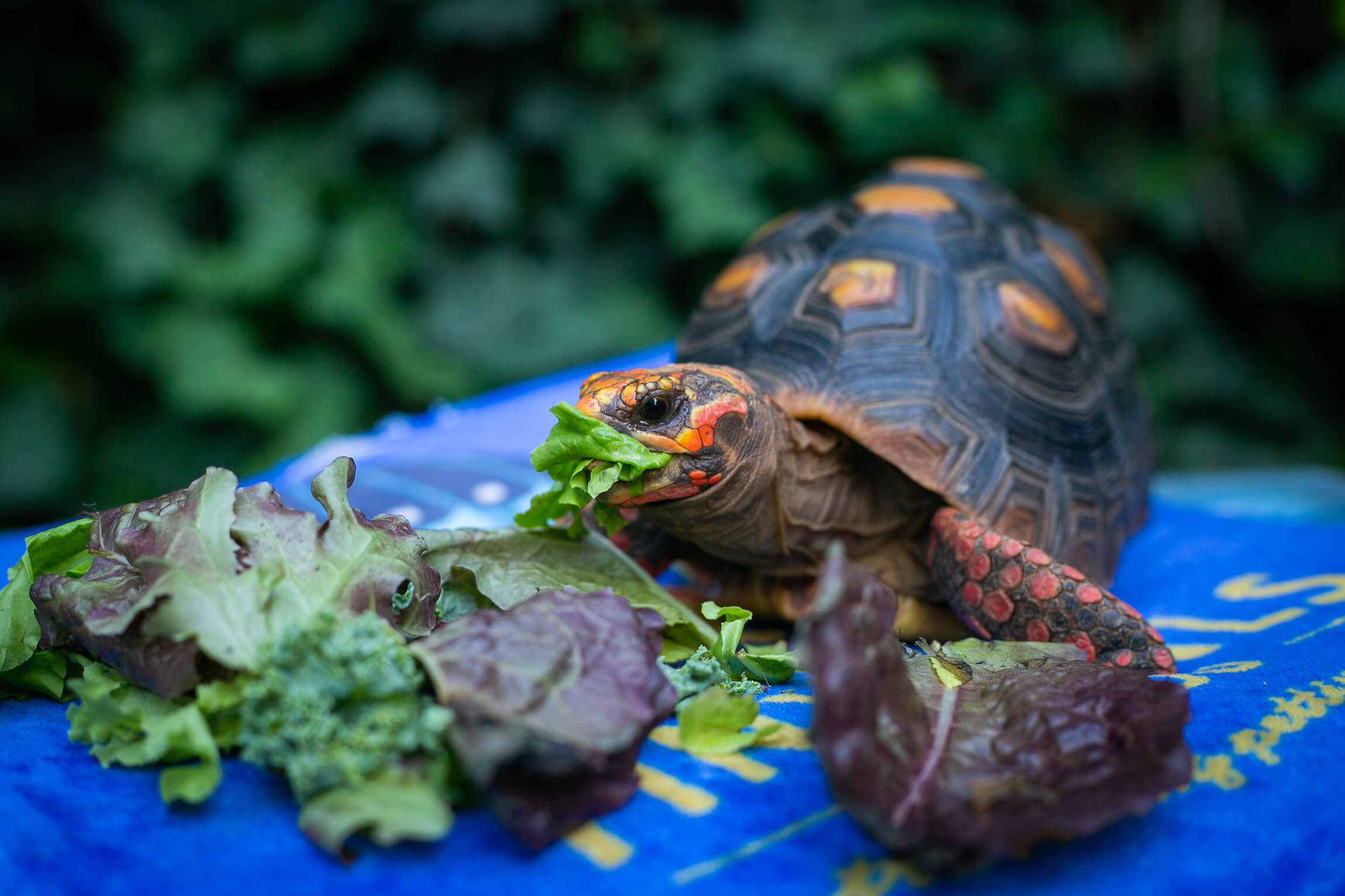 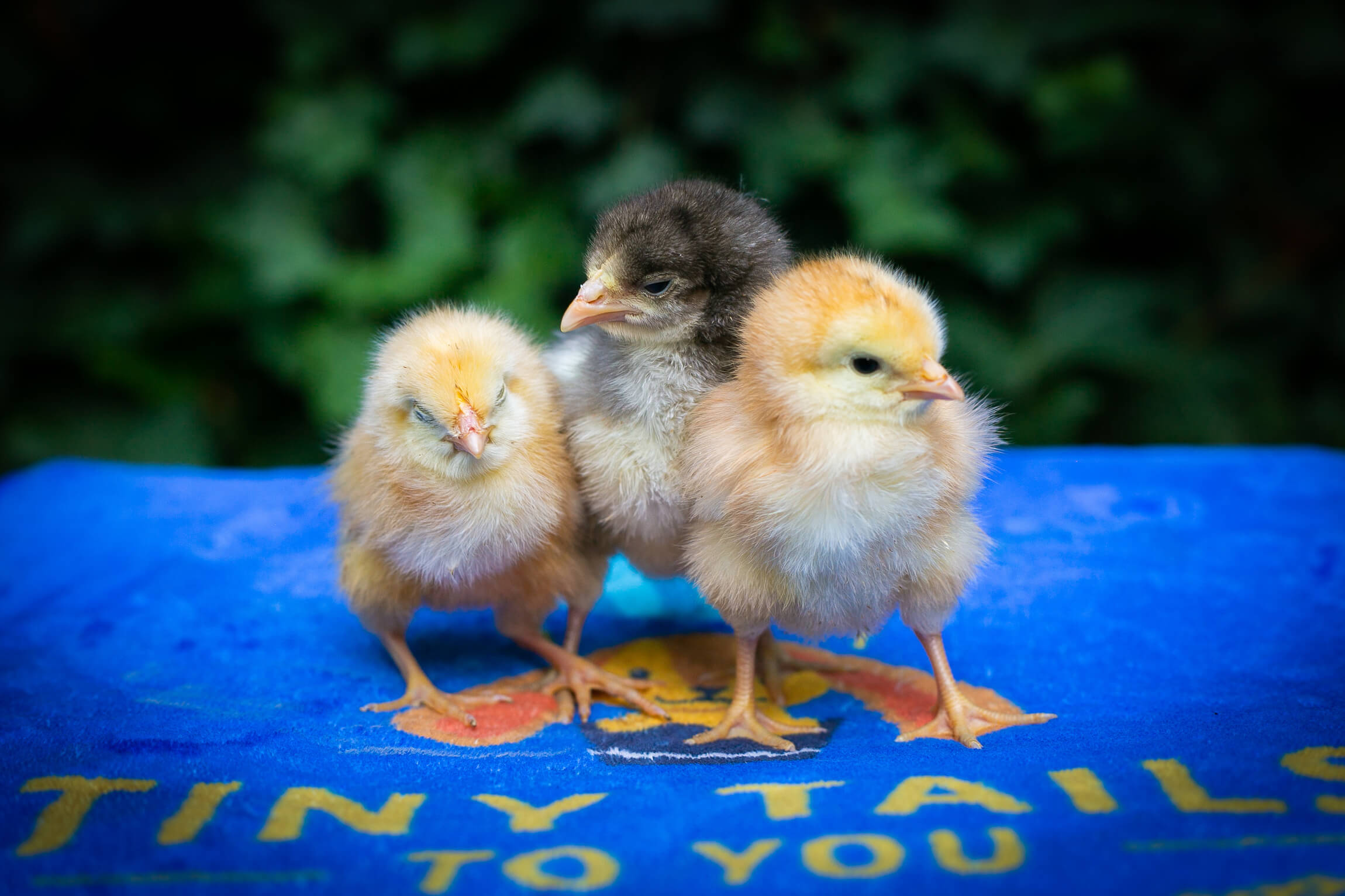 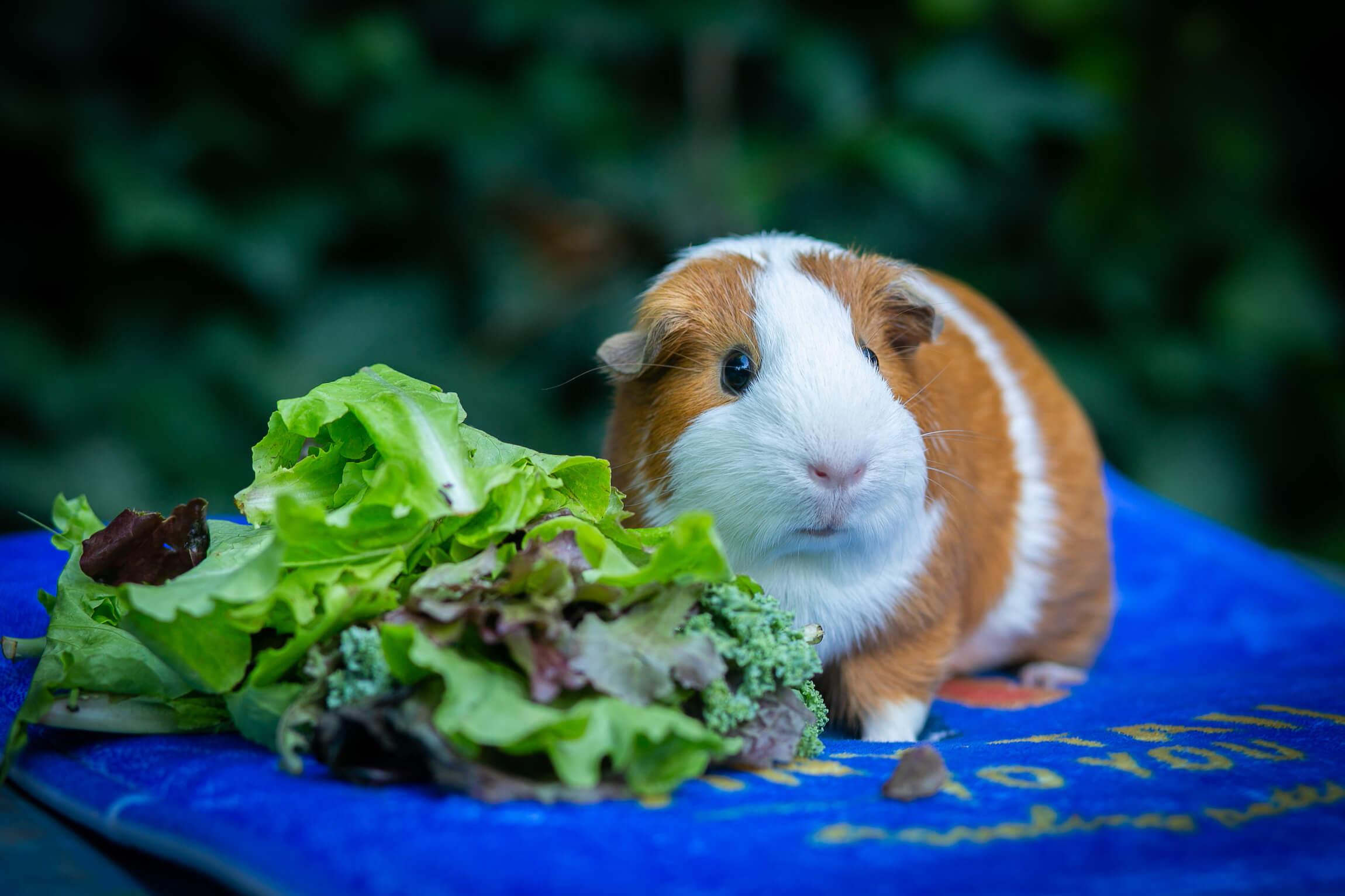 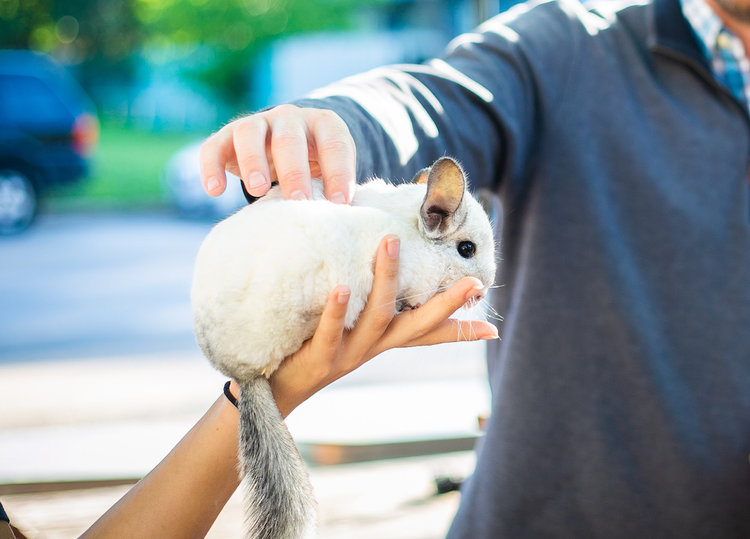 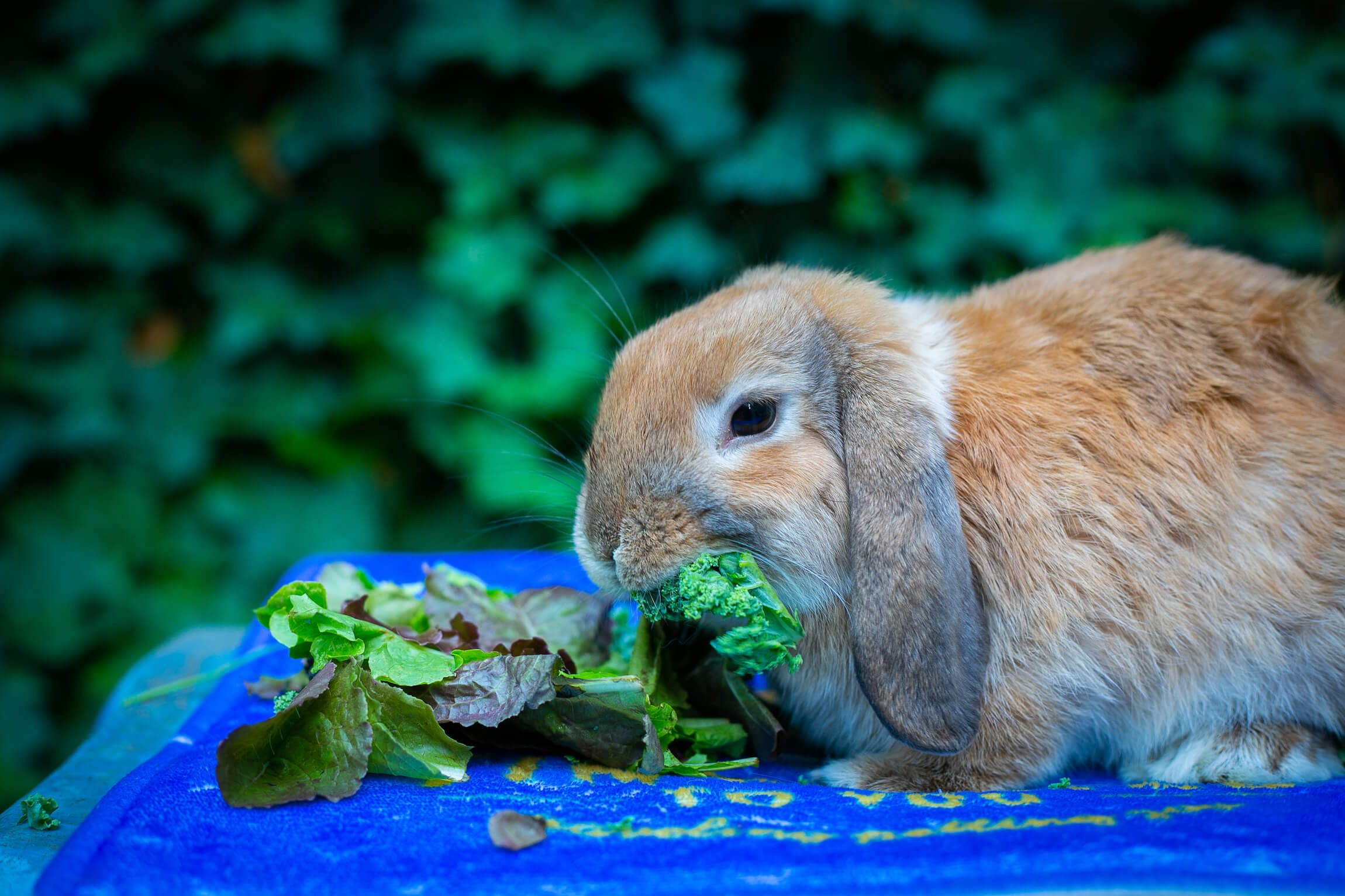 Let the fun begin! Booking is quick and easy. Share the tiny wonder and joy of our animal experiences with friends, coworkers, and family.
Get Started